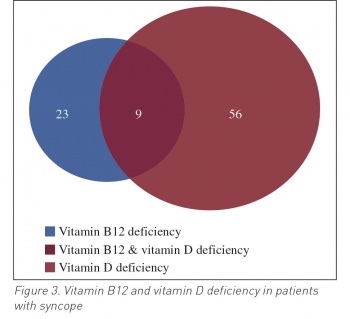 This study indicates that:

Orthostatic hypotension, first described by Bradbury and Eggleston in 1925,9 is defined as a fall in systolic blood pressure of at least 20mmHg or diastolic pressure of at least 10mmHg during the first three minutes of standing. Approximately 0.4% of all hospitalisations in the US are related to OH. In 17% of these cases OH is the primary diagnosis.10 Its prevalence increases with age because aging is associated with a decrease in baroreceptor sensitivity and responsiveness, reduced cardiac compliance and attenuation of the vestibulosympathetic reflex.

Immediately after a person stands, 500-1,000mL of blood pools in the lower extremities and splanchnic circulation. Venous return to the heart is reduced, which lowers cardiac output and blood pressure. The baroreceptors in the carotid sinus and aortic arch sense these changes. As part of the compensatory reflex, sympathetic outflow is increased and vagal activity is reduced. These responses cause an increase in peripheral resistance, venous return to the heart and cardiac output, thus preventing the fall in blood pressure. If this reflex fails, OH occurs.

Head-up tilt table testing is indicated in the diagnosis of recurrent syncope where initial history, clinical examination and appropriate neurological and cardiovascular investigations have been non-diagnostic. Tilt table testing may also be appropriate in patients with single syncopal episodes who have sustained injuries during attacks or who have experienced syncope while driving. Tilt testing may also be useful in the assessment of older patients with unexplained falls. Relative contraindications include proximal coronary artery stenosis, critical mitral stenosis, clinically severe left ventricular outflow obstruction and known severe cerebrovascular stenosis.11

Many investigators, including Beitzke et al,6 have suggested that any patient with OH should be screened for vitamin B12 deficiency, even in the absence of clinical neurologic signs or typical haematologic manifestation.

Vitamin D is of interest in orthostatic hypotension because of its suggested role in the cardiovascular system. Vitamin D has been shown to help manage high blood pressure and reduce hardening of arteries. Because of this, vitamin D deficiency could be involved in a lack of blood pressure control and subsequent orthostatic hypotension. It was studied in as section in the EPIDOS cohort study.8